THE FINAL FULL week of March ushered in severe declines in occupancy, ADR and RevPAR for U.S. hotels, according to STR. Such steep drops may be part of the “new normal” created by the COVID-19 pandemic.

“Year-over-year declines of this magnitude will unfortunately be the ‘new normal’ until the number of new COVID-19 cases slows significantly,” said Jan Freitag, STR’s senior vice president of lodging insights. “Occupancy continues to fall to unprecedented lows, with more than 75 percent of rooms empty around the nation last week. As projected in our U.S. forecast revision, 2020 will be the worst year on record for occupancy. We do, however, expect the industry to begin to recover once the economy reignites and travel resumes.”

For the week ending March 21, 11 million room nights were sold in the U.S., less than half the 23 million sold during the prior week, according to STR’s “COVID-19 webinar summary: 5 key points on U.S. & Canada (26 March).” Luxury and upper upscale hotels were most effected by cancellations of meeting and group business, while the economy segment saw the lowest RevPAR decline, 47.7 percent for the same week.

“As per location, it hasn’t been a surprise that urban and resort hotels have posted the steepest RevPAR declines,” the webinar summary said. “However, interstate properties have seen less RevPAR impact due to transportation companies still working. The same happened to the hotels located in small towns, which are isolated from severe demand declines. However, the absolute RevPAR level in those areas is already fairly small.” 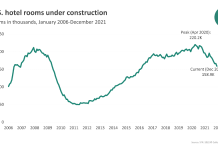 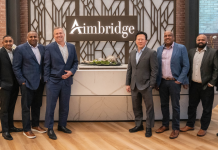