AT A TIME when so many people are avoiding contact with each other to slow the spread of COVID-19, hoteliers Raju and Dharmistha Patel of San Antonio, Texas, drove six hours round trip to save the life of a stranger with a plasma donation. And they did it a couple of weeks after they had recovered from the disease.

“We feel so blessed to be recovered and be able to help out,” Dharmistha said.

The story began on March 14, when Dharmistha first started showing symptoms of the disease that has killed more than 170,000 people worldwide, including more than 42,000 in the U.S. It would be about 10 days before she was finally tested for the disease.

Passing through the dark valley

“I started vomiting and then had a fever that night,” Dharmistha said. “We were in Houston and we drove home. I felt ill a couple of times on the road and then I was fine when I got home. I ate my dinner with my family, but again at night I was throwing up.”

She called the doctor in the morning, but because she had a fever, he sent her to the emergency room. The doctor there did not test her for coronavirus, though.

“The doctor said I had food poisoning and I was dehydrated,” she said.

He sent her home after an IV and medicine for the dehydration. Her symptoms went in and out over the next few days until she reached a point where the symptoms, including chills, were wearing her down.

“Crazy chills, I never had that kind of chills,” she said. “I was wearing four jackets, four blankets and said let me have one more.”

Then she was fine for a couple of days, then back with body aches and chills. She lost her appetite and sense of smell and was very week. At one point she blacked out.

Raju called their daughter, a nurse practitioner in San Jose, California, and told her what was happening.

“She kept on telling me mom, I don’t know why they’re not checking and I don’t want to scare you but I think you’ve got it,” Dharmistha said.

She went to the doctor again with a fever of 104, too tired to sit up, and was once again denied a test by a doctor citing a shortage, and instead sent her home with a B12 ejection. She was fine for a day but then the fever returned.

This time she called a new doctor who said he would see her right away.

“They tested me and sure enough, I was positive,” she said. “But, fortunately, I was over all my symptoms when the doctor called [with the test results].”

Then it was Raju’s turn.

“Raju was with me the whole time so he knew he is, too,” she said.

Raju suffered similar symptoms after taking his wife for the test.

“So, I called Dr. Patel and he said you have to come in, we have to test you too,” he said. “I came out positive.”

His symptoms lasted a week. They self-isolated in separate rooms as friends kept checking and bringing food. During isolation they walked and did yoga in their rooms.

Dharmistha is 53 and Raju is 57, and while their kids have all moved out Raju’s parents live with them. They were not infected, however.

They were recovered by April 10, and now they feel fine. Then came a call from their friend, Houston hotelier Samir Patel.

“He said one of his friends needed plasma,” Raju said.

Bringing the light with them

Samir, chairman at Wayside Investment Group and a leader in the Houston Indian American community, had been contacted by the family of a man who was in critical condition with COVID-19 at Houston Methodist Hospital.

“Somebody reached out to Samir Patel asking if we knew of somebody who was positive for the coronavirus. If they recovered, giving plasma could save a life,” said Dina Patel, another Houston hotelier who is a partner with Samir’s son Miraj Patel, president of Wayside.

Houston Methodist is undertaking an experimental treatment for COVID-19 that involves transfusing critically ill patients with plasma from the blood of those who had been infected and recovered.

Samir reached out to Dharmistha and Raju and asked them to help. The first step was a blood test to confirm that they were negative for the coronavirus and a match for the transfusion.

“It’s so lucky that they matched,” Dina said. “It just took a phone call and they didn’t even hesitate.”

Raju said they drove to Houston the next day after the call.

“We had to drive three hours there and to come back three hours,” he said.

It didn’t matter to them that they didn’t know the patient, whose name was not released but who is now recovering from the virus at home.

“We didn’t know the person, we did not know his name until after,” Dharmistha said. “We just did it because somebody, some person, a human being, needed it. We would have done it for anyone.”

The patient actually got Raju’s plasma, she added.

Generosity is contagious, too

Another striking aspect of the story, Miraj said, is that Raju and Dharmistha were willing to face the disease and their recovery openly.

“A lot of people have been hiding from it. They don’t want to tell anybody,” Patel said.

His father’s search for a donor was at first hindered by that reticence from other recovering COVID-19 patients.

“For the last four days he’s been on phone calls, reaching out to people and seeing if somebody could please help this individual, and a lot of people hid the fact that they’d had it,” Miraj said.

Now that the story is out, though, it has brought out the best in the community.

“Everybody who’s heard about this story has pitched in to give [Raju and Dharmistha] food. After giving blood you have to eat food,” he said. “Everybody was trying to make them food and they were going to leave it outside their home.” 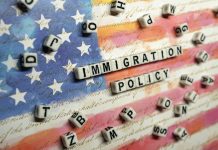 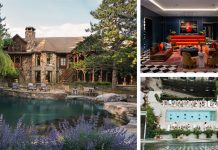