LIKE MANY ASIAN Americans who came to the U.S. as children, working in the hotel industry was the last thing Deepesh Kholwadwala wanted to do when he grew up. Also like many members of the ownership community, Kholwadwala eventually gravitated back into the fold and is making a significant impact in the industry.

The 47-year-old hotelier is the new chair of the global board of directors of the IHG Owners Association, which represents InterContinental Hotels Group franchise hotel owners worldwide. He succeeds 2017 chair Allen Fusco.

Kholwadwala is president and CEO of Dreamcatcher Hotel Group and Sun Capital Hotels, both in Albuquerque, New Mexico. He has wide-ranging expertise in hotel feasibility, planning, financing, construction and operations.

Before hotels, Kholwadwala’s engineering career at Sandia National Laboratories in Albuquerque was steeped in technology, robotics and research and development, including leading a research-and-development initiative in Russia aimed at nuclear non-proliferation by encouraging the country’s weapons engineers to refocus their expertise on developing commercial projects.

In a Q&A with Asian Hospitality, Kholwadwala explained his career journey from engineering to hotels as well as his goals for the IHG Owners Association in 2018.

You have a very interesting professional background. What led a mechanical engineer to get into the hotel business?

I was born Surat, Gujarat, and we moved to the U.S. when I was 10 years old. It’s the typical story. Dad was a dishwasher at an assisted living center in Oakland, California, and Mom was a housekeeper at a hotel, where we lived.

Two years later, my parents bought a 20-room motel in Albuquerque. We lived there, and as a teenager I worked at the motel. It was hard work, and it shattered my teenage dreams. I had certain observations of the business at that time. When I graduated from high school I wanted to do something else. I graduated college and my employer, Sandia National Laboratories, funded my graduate studies. I came back and worked at the company for 16 years. I really enjoyed it, but in 2000 my dad retired and sold his businesses. It dawned on me then that my family came to the U.S. to grow and to do business. I realized I could do multiple things – work at Sandia and in the hospitality industry.

My brothers and I raised capital and in 2004 we built a La Quinta Inn. In eight years, we built three more hotels. I decided to give up my steady paycheck [at Sandia] and went into the hotel business full time.

In 2009, we built a Holiday Inn Express in Albuquerque. I was relatively new to the industry and I wanted to learn all that I could, so I joined industry groups such as AH&LA and the IHG Owners Association. I brought a different perspective than owners who were doing this for decades.

I was Candlewood Suites committee member, then became chairman. I was nominated to the IHG Owners Association board and joined the board’s strategic-planning committee. Governance was a big deal. It took several years of work to create and establish new bylaws, which makes a difference in how the board operates today.

Buggsi Patel [the first Asian American board chair and now past-chairman representative] asked if I wanted to join the officers group. I took three weeks to think about it.

Explain the role of the global board.

The governance work we did was wide and deep, and it changed way we do business with InterContinental Hotels Group. We have more constituents today. I am chair of the global board, and we have 15 board members that represent the globe – Australia, Europe, America and Latin America.

Under the global board are the Americas Regional Council and the Europe Regional Council. We decided to separate the two because the regions’ issues are unique. For example, the Holiday Inn Express pancake machine is an American topic.

The global board keeps an eye on the big picture. We hired Don Berg as CEO of the IHG Owners Association, and it completely changed the game. Under the new governance model, we are more consistent in our approach and we have a continuous interface with IHG. We are a board of volunteers who move in and out of leadership roles, but Don keeps the strategic plan moving forward.

Every year we update our three-year plan. In October we held a chairman planning committee, for example, to form a strategy for 2018 and identify the issues we will push on.

What do you hope to see the owners group achieve as a whole?

A lot of things. There is so much opportunity. We went through a long process with the officers at the chairman’s meeting to identify what is really going to move the needle and what members really care about.

The owners’ association represents the voice of IHG owners. I traveled a lot last year to meet owners and hear about their pain points, what’s working and what’s not working.

I want to translate what I heard into meaningful engagement with IHG to influence change and ultimately maximize the owners’ bottom lines.

IHG does a tremendous job working with consumer research, and our job is to listen, provide industry feedback, identify what is driving brands and take IHG’s good ideas and make them into great ideas.

Every idea and standard we introduce to hotels has to link to not only what the consumer wants, but it has to link to an owner’s RevPAR and RevPAR index – how well the owner competes with other hotels on the same street corner. We want to provide a deeper knowledge of operations. For example, will a Keurig in every room drive more business to our hotels?

What is your view of the Avid Hotel brand and development plan for the U.S.?

Avid is a strategic direction for IHG. The owners’ association was made aware of it about a week before it was announced. It’s a true midscale brand, and the launch time couldn’t be better. The industry is at high, and there is a lot of white space in the midscale segment. IHG is focused on getting the cost right. One thing I learned in engineering is there is theory and there is reality. The cost per key has to be in balance with ADR and operational costs for any brand to be profitable.

What do you hope to achieve personally as chair of IHG Owners Association?

I want to step into the role and make a difference for its members. I understand the growing pains of the one-to-10-hotel owners and operators. I understand all the competing brands; I own them. I bring insights on how we can pull different levers. I hope to be of value for IHG, but ultimately we have to drive that bottom line for owners.

Dreamcatcher Hotel Group looks like it operates in a parallel universe with Sun Capital Hotels. Explain the business model of each company.

Dreamcatcher is our first company, an LLC for our first La Quinta. We have eight hotels under Dreamcatcher with three in the pipeline. As we started working with Hilton, Marriott and IHG, it became clear we needed to spin off a fee-based company that is involved only with development, construction and management of hotels. Sun Capital manages all Dreamcatcher hotels and has entered into several third-party development and management contracts.

We are highly selective about who we contract and will do third-party management for owners who cannot get a premium brand franchise on their own or are looking to retire from operations. We have a track record with these brands. Our community is growing in sophistication, but we have gone into consulting to help owners with development decisions. We have advised owners not to build when it’s not the right street corner or not the right brand. 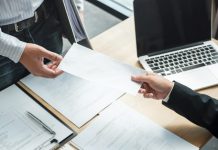 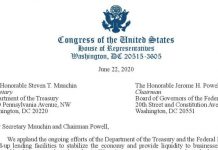 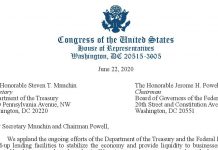