AN ECONOMIC SLOWDOWN may well be on the horizon in the next two years, but the news is not all glum. Even the worst case scenario, most hotels should still make enough money to cover the interest payments on their debts, according to an article from CBRE Hotels Americas Research.

In a study of the earnings before interest, taxes, depreciation and amortization (EBITDA) and interest expenditures of 613 U.S. properties between 2015 and 2018, CBRE Director of Research Information Services Robert Mandelbaum and senior advisor John “Jack” Corgel found the hotels in the study sample achieved an EBITDA to interest payment coverage ratio of 2.6 percent.  That is slightly down from from a high of 2.9 percent in 2016.

However, the March 2019 edition of CBRE’s Hotel Horizons forecast report predicts RevPAR growth for the industry will be under 2.5 percent through 2020, with a 0.6 percent RevPAR decline forecast for 2021 resulting from an economic slowdown. At the same time, though, Mandelbaum points out that gross operating profits are 500 basis points over the long-run average, the highest since the 1960s.

“Therefore, if underwritten properly, owners should be receiving attractive returns on their investments,” Mandelbaum wrote.

Interest coverage ratios will remain above 2.5 through 2023, Mandelbaum forecasts.

“Even during the 2021 slowdown the ratio drops to a low of 2.7, which is greater than the 2.6 ratio observed in 2018,” he wrote. “During 2021, 94.3 percent of the study sample should still be able to achieve EDITDA levels greater than their interest expenditures. The interest coverage ratio peaks at 2.9 in 2023.”

CBRE’s forecasts include different scenarios, the “downside” scenario which assumes flat, or declining, levels of employment from 2020 to 2022 and the “severe downturn” scenario that calls for sharp declines in employment, income, and CPI during 2019 and 2020. In the severe downturn scenario, in which profits are expected to decline 11 percent this year and another 22 percent in 2020, the interest coverage ratio drops to 1.8 percent. Even at that level, though, Mandelbaum writes that 87 percent of the hotels in their study sample would be able to cover their interest payments.

“Even during the most extremely negative circumstances a surge in outright defaults does not appear to likely in the future,” he wrote. “However, a lowering in interest coverage ratios could have some implications.  Any downward movements in debt-related ratios could spook a skeptical lending community, which in turn could have a negative impact on the availability of loans and favorable financing terms.”

Also, performance clauses in existing loan agreements could be triggered by declines in coverage ratios, causing a change in financing terms or requirements that borrowers reserve more cash.

“As of May 2018, the growth story for U.S. hotels may not be impressive,” Mandelbaum concludes. “However, the current and expected levels for lodging profits, returns, and debt coverage are strong.”

Last week, STR lowered its U.S. hotels performance forecast for the next two years, predicting 1.6 percent RevPAR growth for 2019 and 1.1 percent for 2020, down from a forecast of 2 percent growth this year and 1.9 percent by the next. 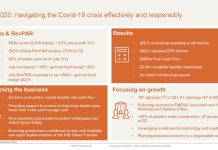 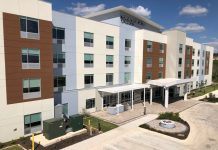