Opportunity Zones are typically low-income or distressed areas designated by state governments under federal guidelines in which companies are offered tax incentives to provide long-term private capital investment, according to economic advisory group Smart Growth America. There are currently more than 8,700 Opportunity Zones across the U.S., and SGA claims there is potentially more than $6 trillion dollars of unrealized capital gains to support redevelopment projects and new businesses.

“Equally, there’s enormous concern among local policymakers and community groups who are afraid that this tax incentive will crowdsource unmanaged gentrification and displacement or accelerate climate change,” the group said in the press release regarding its LOCUS National Opportunity Zone Ranking Report. “What is true is that not all Opportunity Zones are created equally for new business or real estate investments.”

The LOCUS report ranks opportunity zones according to their “Smart Growth Potential,” which involves encouraging economic development under regulations that prevent gentrification and denial of access to low income people.

Many hotel developers, such as Atlanta-based Peachtree Hotel Group, have already begun investing in Opportunity Zones. The ventures have been quite successful, the company said.

“The ability to use our existing development strategy to create value in a tax advantages structure is the primary goal of our investment in opportunity zone markets,” said Peachtree Managing Principal Jatin Desai. “On a grander level, we are pleased to use the dollars to improve the community by creating multiple tax revenue streams for the municipality and new jobs via both construction and hotel labor.”

At the same time, the Internal Revenue Service is still finalizing the rules for the zones, the company’s Senior Vice President of Investments Brian Waldman said. It’s best not to dive into Opportunity Zone projects simply on the basis that the tax breaks justify the investment.

Opportunity zone developments are not necessarily riskier, he said. For example, areas around airports and even downtown in some cities are low-income, but still make sense for hotel development.

Peachtree’s first opportunity zone project is a joint-venture with Equis Hotels in St. Louis, Missouri. It’s a 136-room Fairfield Inn & Suites by Marriott near the regional FBI headquarters and other corporate facilities.

“It’s a phenomenal area, great demand generators around it,” Waldman said. “There’s a proposed major league soccer stadium literally across the street from us.”

That first project will likely not be the last in an opportunity zone, he said.

“We continue to look. At this point, we’ve already signed five joint ventures, and then we have 5 new deals, and a handful they’re doing on their own account,” Waldman said. “I think that’s going to be a major focus for us in 2019.” 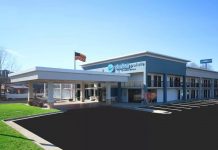 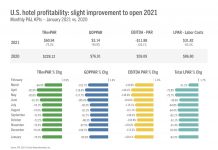 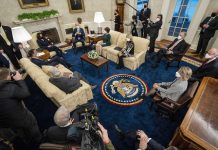