The opening of the 1,000th Fairfield makes it the second Marriott International brand to meet that milestone after Courtyard by Marriott, the company said. Marriott expects more than 300 Fairfield hotels to open by 2021.

“Fairfield is a brand that has great appeal to our franchisees and also resonates with travelers who seek a comfortable, uncomplicated and consistent experience – wherever they travel,” said Eric Jacobs, Marriott’s chief development officer for North America.

Baywood President Al Patel, who has two other Fairfields in his pipeline, agreed.

“This hotel is just kind of perfect for that kind of road warrior, that traveler who’s looking to stay in the Tech Center market,” he said. “A lot of the other upper-moderate hotels in the Tech Center are probably 10 to 15 years old, if not 20. So, we’re going to be probably, by about seven to eight years, the newest upper-moderate hotel in that market.”

“We have all of their select service brands,” he said. “We just opened our first AC Hotel about 90 days ago in Miami, so we’re real excited about that brand.”

Baywood’s first Marriott hotel opened in 2004 near the company’s headquarters.

“Being the closest Fairfield to headquarters really kind of gave us the opportunity to meet a lot of senior management at Marriott,” Patel said. “The Fairfield brand was a big push for them at that time because the brand was really languishing with some old, dated prototypes that kind of didn’t make sense for the modern traveler. We built one of the first Generation 3 prototypes in Germantown, Maryland, that was just a short drive from corporate headquarters. So, we would have senior execs from Marriott come into our hotel probably three times a week.”

Patel said they had to hire extra employees just to do tours.

“What that kind of provided us was an opportunity to network with senior management that we wouldn’t have gotten as a very small hotel ownership development company,” Patel said. “That hotel gave us access and that gave us the ability to grow the Marriott portfolio just that much quicker.”

Fairfield’s look is based on the Marriott family’s weekend retreat, the Fairfield Farm in the Blue Ridge Mountains of Virginia. J.W. and Alice Marriott purchased the farm in 1951 as a retreat and their experience their inspired Marriott when he created the Fairfield brand in 1987.

During the 2019 AAHOA Convention & Trade Show in San Diego last week Marriott gave away brownies based on a recipe Alice Marriott used to bake on Fairfield Farm at their booth on the trade show floor. The brownies will be available to all guests at Fairfield hotels in the U.S. and Canada at check-in during May to celebrate the 1,000th property milestone. Additionally, Fairfield is giving away a five-night stay to any Fairfield hotel in the world. 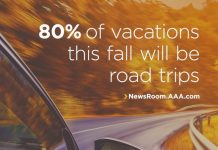 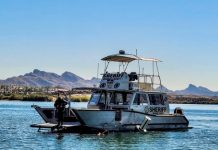 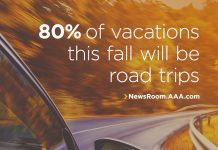