Lugar, who has led AHLA since April 2013, will become president and CEO of the American Beverage Association, a Washington, D.C.-based trade organization which represents businesses that support the $183 billion non-alcoholic beverage industry in the U.S. She is 47.

The AHLA board has initiated a search for her successor, the association said in a news release announcing Lugar’s planned departure.

“During Lugar’s five-year tenure at AHLA, she led a major transformation of the organization, including tripling membership and revenue; aligning the policy interests of brands, owners and management companies; driving critical public policy campaigns on a host of issues; serving as the leading voice with public policy officials at all levels of government; and making its political action committee (PAC) one of the largest among all trade associations,” said the release.

Lugar also initiated and encouraged a working relationship between AHLA and AAHOA. The groups in May 2015 launched a joint legislative summit on Capitol Hill. Today, the associations continue to lobby together in D.C. on specific issues and to advocate on behalf of owners in state and local governments. They also work in concert on promoting programs that promote job creation and fight human trafficking in the U.S. hospitality industry.

“I am fortunate to have worked with the outstanding staff and leadership of the American Hotel & Lodging Association,” said Lugar in the statement. “Together, we have made significant strides over the past five years. While I will dearly miss working with and for leaders of America’s iconic hotel companies and the truly exceptional AHLA staff, I am confident that the success of the organization will only continue and expand. It has been a true honor to represent this innovative and dynamic industry.”

AHLA Chair Mark Carrier said in the statement: “We are grateful to Katherine for her dynamic leadership, passion and drive to make the AHLA a highly effective force for the industry.  And we wish her the very best as she takes on this new position.  With the outstanding staff and leadership in place at AHLA, along with a strong board and executive committee comprised of our industry’s top leaders, we are well positioned for the future.”

“Over the past five years, Katherine and her team bolstered and improved every facet of our association’s operations. Today, AHLA’s advocacy efforts, engagement of industry leadership, financial strength and political wherewithal have never been better.  There is no doubt that the momentum we have achieved will only lead to new successes,” said AHLA Vice Chair Geoff Ballotti.

AHLA Secretary-Treasurer and HotelPAC Chair Jon Bortz stated, “Katherine’s efforts on AHLA’s behalf have set the stage for an effective future.  With the talented team currently in place at AHLA and Katherine’s hands-on role during the transition, we fully expect to be well positioned for the upcoming year. The work AHLA undertakes for an industry employing millions of workers is critical and we look forward to continued success.” 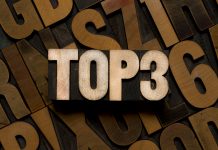