HUMAN TRAFFICKING REMAINS an ongoing concern for hotels across the U.S., but on Jan. 11 they took time to focus on the issue even more in observance of National Human Trafficking Awareness Day. The day is the focus of January as National Slavery and Human Trafficking Prevention Month, during which individual hotels and hospitality associations reviewed their protocols for identifying and preventing human trafficking.

The month of awareness began in 2014 with a proclamation by President Barack Obama issued in December 2013. In the proclamation, Obama says the nation must address the “underlying forces that push so many into bondage.”

“We must develop economies that create legitimate jobs, build a global sense of justice that says no child should ever be exploited, and empower our daughters and sons with the same chances to pursue their dreams,” the proclamation says.

Groups like AAHOA and the American Hotel & Lodging Association have been providing tips and training to members on recognizing human trafficking activity in their hotels. AAHOA has partnered with anti-trafficking non-profits Businesses Ending Slavery and Trafficking and Polaris, as well as the Department of Homeland Security’s Blue Campaign to create its program.

“Thousands of AAHOA members and their employees have taken AAHOA’s free online Human Trafficking Awareness Training and are making their front desks the front line in the fight against this heartbreaking exploitation,” AAHOA President and CEO Chip Rogers said in a statement. “America’s hoteliers stand with victims, law enforcement, and allies, not only today on Human Trafficking Awareness Day, but every day as we remain ever vigilant and committed to ending this despicable practice.”

“Human trafficking – modern day slavery – is not just a problem in developing nations. Estimates show that thousands of men, women, and children are trafficked in the United States each year primarily for sexual or labor exploitation,” the association said. “Hotels are one of many venues that traffickers use to exploit their victims. As a result, industry leaders are increasingly recognizing the unique role they can play in preventing and disrupting this crime.”

Hotel rooms often provide the location for the human and sex trafficking trade, AHLA said. In many cases the hotel’s staff and owners simply are not trained to recognize the activity. AHLA also partners with POLARIS as well as ECPAT-USA.

Recent estimates show that thousands of individuals are trafficked for either sexual or labor exploitation in Texas each year,” HLAGH said on its site.

Last year an 18-year-old woman filed a lawsuit in Harris County, Texas, District Court alleging that she was a victim of sex trafficking in Houston when she was 14.

Most of the suit filed by “Jane Doe” is focused on online advertising service Backpage.com, on which the plaintiff’s exploiter advertised her “services” when she was a 15-year-old in 2014 and 2015. However, it also alleges the abuse took place at Houston-area hotels and truck stops, saying human trafficking is “a rampant and known problem in the hotel industry.”

Since that time, the original plaintiff is one of 11 her attorney, Annie McAdams, represents in human trafficking cases against hotels across the country. Another Jane Doe in Houston recently filed a new suit naming Facebook as well as America’s Inn in Houston, according to her attorney. That suit alleges that the new victim met a person on Facebook in 2012 when she was 16 and that person met her in person at an America’s Inn to discuss making her a model.

The girl’s Facebook “friend” turned out to be a sex trafficker who posted photos of the girl online, then raped and beat her and forced her into sex trafficking. That case is on the ready docket in District Court. America’s Inn did not return a call seeking comment.

McAdams said she thinks many hotels have improved their efforts to fight human trafficking, but not all.

“I certainly would like to see more extensive security measures,” she said. “Who’s on your property? Who are they with? If there’s a high degree of traffic to a room, why?”

The extent of the problem may have caught the hotel industry off guard, she said.

“Some of the defendants have said we expected these suits, we wondered what took you so long,” she added. 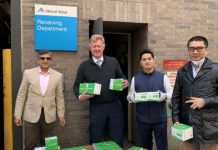 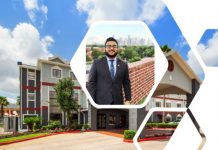 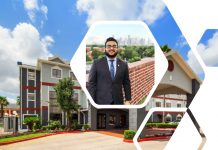