Just like the previous month, the Baird/STR fell below the S&P 500 and the MSCI US REIT Index, the former falling 1.8 percent and while the latter grew 3.1 percent. The hotel sub-index decreased 7.5 percent from July to 7,254 while the Hotel REIT sub-index declined 4.5 percent to 1,407.

The Baird/STR year-to-date performance through the first eight months of 2019 was up 12.1 percent.

“Hotel stocks declined and underperformed their benchmarks again in August as macroeconomic concerns continue to be front and center for investors,” said Michael Bellisario, Baird’s vice president and senior hotel research analyst. “RevPAR trends have been sluggish lately, broader growth uncertainties remain a headwind for investor sentiment and most hotel management teams expect the slow pace of growth to continue for the remainder of the year, all of which has caused hotel stocks to be relative underperformers in recent months.”

STR’s President and CEO Amanda Hite compared the current performance with a seesaw with stops at good, ok and poor news.

“In July, the industry sold more rooms than any other month on record, and the RevPAR upcycle hit a record 111 months in a 113-month span. But ADR growth of 0.7 percent in July and 1.1 percent year to date is below or just at the level of inflation, which does not bode well for profit growth,” Hite said. “All chain scales and classes are equally affected by the lack of ADR and RevPAR growth, and as our latest forecast projects, we do not expect the fundamentals to change rapidly in either direction.” 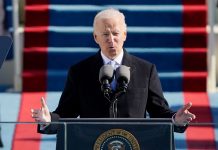