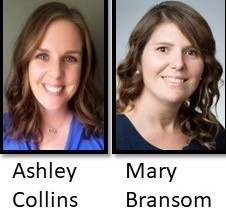 Ashley Collins and Mary Bransom have joined the team at Total Customized Revenue Management, a revenue management company based in Phoenix, Arizona. Collins is senior revenue consultant and Bransom is a revenue analyst. Lily Mockerman is founder, CEO and president of TCRM.

Collins spent nearly a decade working for and opening hotels for multiple franchise companies before breaking into the revenue management field. Her most recent position was director of revenue management of the Hyatt Regency Indianapolis, a convention center hotel. She optimized revenue to grow RevPAR 12 percent in two years. She and the sales team won Revenue Team of the Year in 2016.

Bransom has 14 years of experience in the hospitality industry, specializing in independent hotels. She began her career as a front desk agent at Resorts Hotel and Casino in Atlantic City and was quickly promoted to front desk supervisor. In 2010, she began working in the owner relations department for a family-owned timeshare company, Breckenridge Grand Vacations. She was recognized with the 2013 ARDA Ardy Award for Owner/Customer Relations Team Member. In 2013, Bransom relocated to California’s wine country, where she worked for two independent boutique hotels as the reservations agent. Her role continued to advance to reservations manager, revenue analyst and finally to revenue and reservations manager for both properties.