THE CALIFORNIA HOTEL & Lodging Association is commending the delay of statewide legislation that would require hotels to provide panic buttons for employees to summon help if they are harassed or assaulted in a hotel room. However, ordinances in two cities in the state that would make similar requirements are still on the ballot for November’s elections.

The status of California Assembly Bill 1761 was listed as “held under submission” as of Aug. 16, meaning it had not received enough votes to pass out of committee during an Aug. 6 hearing. The bill’s sponsor, Assemblymember Al Muratsuchi of Torrance, California, said he plans to reintroduce the bill next year.

But CH&LA said in a statement it was glad to report the bill’s failure to advance. The association had lobbied against it in a coalition that includes the California Chamber of Commerce.

“Common sense has prevailed,’’ said CH&LA President and CEO Lynn Mohrfeld. “Although CH&LA member hotels already mandate protective procedures for our employees and guests, this bill went too far with a one-size-fits-all approach that, if approved, would have hurt the very workers it sought to help.”

Specifically, CH&LA said the bill, if passed, would have made hoteliers pay for the buttons twice, first to satisfy the state law and second to comply with any city or county ordinance that had different requirements. Two such ordinances are set to appear on the November ballot in Long Beach and Rancho Palos Verdes, California, according to The Guardian U.S. edition.

CH&LA have campaigns against those ordinances as well, saying the proposals are “rushed.”

“If approved as drafted, the measure will impose work rules in the name of safety that are designed to force increased staffing and, therefore, costs,” Mohrfeld said in a letter to members. “Those costs will inevitably be passed on to hotel guests and convention visitors, changing Long Beach’s reputation as a fun and economical place to visit. Or, they will result in fewer jobs as hotels cut back on ballroom and large space usages as staff is restricted by daily square-foot cleaning limits.”

The proposals also would require hotels to pay housekeepers double if they are required to clean more than 4,000 square feet in a shift, according to The Guardian article. The Rancho Palos Verdes law also would set a $15-an-hour minimum wage for resort workers. Hotels with unionized staff would be exempt from those rules, though they would still have to provide panic buttons.

AB 1761 also would require hotels to post a notice in each guestroom regarding the presence of the panic buttons. It also would mandate paid leave for employees who are victims of assault if they need to contact police, mental health counselors, medical professionals or attorneys. Hotels would have  to provide “reasonable accommodations” to employees who are assaulted, and would have to contact law enforcement.

“We need to do more to protect hotel housekeepers that often find themselves in vulnerable situations where they’re alone in a guest room with a male guest,” he said.

Panic buttons are among the new security procedures that became more popular in the wake of last year’s mass shooting at the Mandalay Bay Resort and Casino in Las Vegas.

Seattle and Chicago have passed similar laws. Hilton housekeeper Sonia Guevara told The Guardian she feels safer with the panic button her hotel issued to her in compliance with the law Seattle passed in 2016. However, because the city’s hotels have been slow to issue the buttons, she just received hers this summer.

Chicago implemented its law in July, according to the Chicago Tribune. Hotel workers union Unite Here pushed for the law, citing a 2016 survey of 500 female hotel workers that found that 58 percent had experienced at least one incident of sexual harassment by guests. 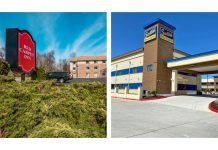 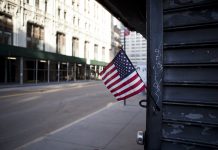 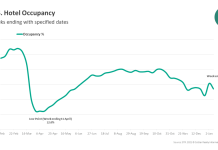