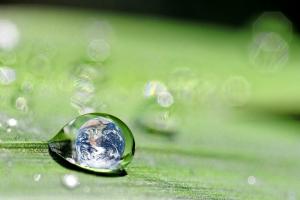 Wednesday, April 23, 2014 – A HOTEL USES HUNDREDS of gallons of water per day per occupied room. What is dispensed in the laundry, the kitchen and outdoor irrigation is a whole other story.

Water conservation experts say, after the guest room, one of the biggest users of water is a hotel’s laundry room (13 percent, say some studies).

Just ask Chetan Patel, owner of Econo Lodge Inn & Suites El Cajon San Diego, a 68-room property. The brand’s mandated linen-reuse program produces the most significant results. “We’ve seen quite a drop in our laundry costs since we went to the program. We use less water and less detergent,” said Patel, who converted to the Choice Hotels brand in January.

Water conservation studies show a 150-room hotel can save about $30,000 a year if just 65 percent of its guests participate in a linen-reuse program.

Continuing to look for ways to cut the water and electricity costs in its laundry costs, the Econo Lodge in San Diego washes its towels and bed linens at night, when demand for electricity and water communitywide is lower than during the day and so are the prices per kilowatt hour and per gallon.

What Patel also discovered, thanks to an analysis by a service vendor, was the housekeepers were not loading the washers to their capacity. The machines can handle 40-pound loads but the staff was only going up to 20 pounds per load. “They thought 20 pounds was all the machines could take,” he said, “and they were surprised to see that a 40-pound load comes out just as clean.” To help the team better gauge the weight of each load, Patel bought a $700 a laundry cart equipped with a scale. The investment paid off in two months as water, energy and detergent costs plunged.

Today’s technology in laundry and bath and kitchen equipment makes it easy to cut back on water consumption. Hilton Worldwide reported that in 2012, it connected with suppliers with laundering technologies that can reduce water use in that department by 45 percent. In addition, the company found a new line of towels that are of lighter weight and more durable, allowing hotels to launder more towels per load. And it developed sustainable housekeeping supplies that can reduce the amount of water used in cleaning processes by up to 30 percent.

InterContinental Hotels Group’s Green Engage participates saw their water use per occupied room in “water stressed” areas drop by 4.3 percent through conservation efforts. Each of the Green Engage hotels has a level of water stress in its sustainability profile. IHG aims to reduce water use per occupied room in water-stressed areas by 12 percent by 2017.

Cutting back on water consumption in stressed communities is a big deal, said Randy Smith, spokesman for the Southwest Florida Water Management District. The SWFWMD has a conservation program specifically for hotels and motels, which use an average of 21,500 gallons per day. The SWFWMD sees a lot of water stress in the winter – the southwest area’s dry season and the time when most visitors stay in Florida hotels.

Ongoing water-conservation upgrades at Patel’s Econo Lodge include installing low-water shower heads and changing out low-water flow toilets in the guestrooms, which has been done in about half of the rooms so far. The modern toilets, faucets and showerheads will make a world of difference in the motel’s water consumption, say hoteliers that have made the switch. A hotel in Colorado last year reduced its water consumption by 11 percent per guestroom by changing the fixtures along with implementing other conservation methods. In California, typical hotels use more than 200 gallons of water per day per occupied room, and conservationists say water-efficient fixtures can cut water and sewer bills by 25 percent to 30 percent.

Energy.gov provides the following metrics for hotels:
A hotel in Tampa, noted SWFWMD, installed all three low-flow fixtures and cut its water use by 35 percent or nearly 1 million gallons in one year, saving more than $5,000 in water costs per year.

Other ways for hotels to cut back on water use include reducing lawn and garden irrigation time, watering the landscaping at night and using “grey” water – previously used water from the kitchen or laundry – to quench the outdoor plant life or wash down the sidewalk. That same Tampa hotel in SWFWMD’s case study saved 4.5 million gallons or $8,800 a year by implementing these practices. 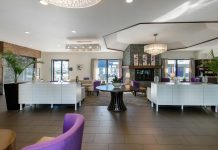 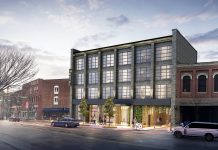 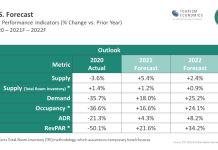