THE CITY OF Atlanta’s hotel performance growth exceeded expectations during the weekend of Super Bowl LIII, according to STR.

However, Atlanta still ranked below the average of the eight previous host markets including New Orleans, Indianapolis, Minneapolis, Houston and Indianapolis. The expected RevPAR during the game was around $219, with an increase of 349.9 percent and ADR was expected to rise to $270. Atlanta’s large market size may be a factor, said STR’s Senior Vice President of Consulting and Analytics Carter Wilson.

“The primary factor in measuring the Super Bowl lift is market size, followed by seasonality,” Wilson said. “Markets with more rooms to fill are more limited in their RevPAR gains, while smaller markets tend to demonstrate greater pricing power. Considering the size of the market, the 387 percent jump in RevPAR is actually quite remarkable.”

As predicted, the area around the Mercedes-Benz Stadium saw the highest performance in absolute terms as well as in percentage change. Atlanta witnessed the best hotel performance during the week of Jan. 27 and Feb. 2 and the Super Bowl weekend also saw the highest occupancy rates. 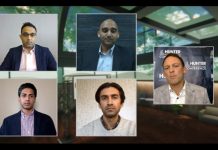